The didgeridoo is a fascinating instrument that raises some questions that I am trying to answer here.

The name and the origin

The didgeridoo / “Didscheridu” is a ceremonial wind instrument of the Australian Aborigines who have been playing it for at least 5,000 years, but probably much longer. The eucalyptus branch hollowed out by termites creates a deep fundamental tone, through which various singing, stamping, clacking, screaming or trumpet-like sounds can be modulated multi-layered and rhythmically. The so-called circular breathing makes it possible, even while breathing in, to keep an uninterrupted tone.

Original didgeridoos are hollowed out by termites. Their individual feeding tracks make the instruments sound unique in the high harmonic range and provide their own pressure when playing. But it is copied from the most varied woods. Either it is built in the so-called sandwich construction, or from the branch is bored with elaborate self-developed tools in one piece. In the first case, the wood is split longitudinally into two halves, hollowed out and glued together again. Especially compared to the cheap tourist exports, the instruments built in Europe are doing very well. I would advise against most replicas from Indonesia and a blind purchase on the Internet. Here only connoisseurs will find one or the other pearl.
The spectrum ranges from the entry-level models made of bamboo or the drainpipe from the hardware store over ordinary Didges native woods for 150-300 euros, concert didgeridoo for 400-1000, – up to high-tech precious wood didgeridoo with aluminum inserts, the make the Didge a sound-powerful bass trombone.
Personally, I also like to use well-sounding instruments made of one hundred percent hemp or tuneable didgeridoo made of PVC. You can use tubes made of glass, clay, hardened leather, plasticine, fiberglass and much more, provided they are of the dimensions suitable and hard enough. Ultimately, the player’s inner form and ability decide on the sound.

Why is the didgeridoo one of the brass instruments?

Even if it is not made of sheet metal, the didgeridoo (as well as the alphorn) is one of the brass instruments. The reason is the same tone generation of the resonating sound by the vibrating lips. The didgeridoo is played as the only “brass” almost exclusively on the lowest playable natural frequency of the pipe. However, this so-called fundamental tone is enormously rich in sound on the didgeridoo. Because the lips are not cramped like a tuba or trombone through a funnel mouthpiece, all movements of the tongue, lips, throat, jaw, cheeks, diaphragm, or abdominal muscles immediately manifest as sound or rhythm.

On brass instruments, on the other hand, the fundamental tone is repeatedly overblown by the harmonic series or, as with the tuba, it is also altered by valves in the pitch. However, there are also some didgeridoo players who produce alphorn-like melodies just by overblowing.

Why is the didgeridoo so fascinating?

From the first moment I was fascinated that such a simple instrument as the didgeridoo can produce such an incredible variety of sounds and rhythms. Precisely because it is so simple, it is also a very direct instrument. Playing the didgeridoo is like singing with a natural effect device in front of it. The highlight for me is that its effects can be used as flexible by me as the voice itself.

Above all, wind musicians are fascinated by the technique of circular breathing, which is easier to learn on the didgeridoo than, for example, on a saxophone. Once you get the hang of it, the didgeridoo is not that hard to play. It can, if you only mastered the most important basic techniques, implement many ideas spontaneously. Moreover, as an exotic or driving feature, it can easily be integrated into an existing band context and combined with all imaginable styles.

After all, it is also very popular with absolute lay musicians, because without musical training unusual sounds can be produced and even a very slanted rhythm at the bottom sounds at least somehow exotic. The didgeridoo stimulates to immerse yourself in the everlasting sound and the breathing can help the player.

Are women allowed to play didgeridoo?﻿

To my knowledge, various Aboriginal clans are experiencing women playing very differently. Very few selected men play in the traditional, ceremonial context. Aboriginal women and girls play, but most of them stop at a certain age. The reasons are manifold: Mythologically, the didgeridoo is clearly associated with the male. The ceremonies demand a rather athletic commitment from the player, when the dancers want to hear something fifty yards away and after several hours. Maybe there are similar reasons why the men are the hunters in almost all cultures. That’s why pregnant women should not play that didgeridoo better. The pressure building up in the abdominal area can have an unfavorable effect.

Even masterful ceremonial players in traditional Arnhemland teach non-Aboriginal women. Probably interested women and men alike should ask the question about the recognition of the roots, as well as the importance of didgeridoos in the culture of the Aborigines. In any case, the Aborigines should be asked before the play starts, if it bothers them or if it is okay for them.

The didgeridoo as a therapy tool

With the didgeridoo, you can be sure to gain valuable experience, especially when working with autistic or deaf-mutes. Also to be played by a didgeridoo is extremely pleasant. However, it is important to know that the Aboriginal people are involved not only in the sound of the didgeridoo but in the whole context of a ceremony, the preparations, the paintings, the singing and the dance in a healing process. Probably no white man will ever be able to fully immerse themselves in the lifestyle of a Yolngu closely connected with their country and I doubt the honesty of many a self-proclaimed “healer chosen by the Aborigines in the dream”. Most wholesome is the didgeridoo but probably for the player.

A few studies suggest that playing the didgeridoo regularly is helpful here. However, there are several forms of snoring. Especially at the loudest forms which arise in a nose, it can not help. The studies focused on sleep apnea, in which the pharyngeal tissue slackens to such an extent that it can lead to minutes of respiratory failure. The lack of nocturnal oxygenation is very exhausting and energy-consuming for the body. I do not snore on my own, but I can imagine how the inner muscles, which are slack in snorers or nocturnal pauses in breathing, are uniquely trained by the compression of the air and certain techniques, such as circular breathing, when they are against it Pressure works.

The fact that playing can also help against asthma and chronic bronchitis is not proven, but my own experiences and those of many interviewed players point to this.

How can the didgeridoo be combined musically?

With my bands and as a guest I played and play the didgeridoo in different musical contexts. So far I have not discovered a style I could not combine with. It all depends on the style of play, with which I then “make it fit”. Astonishingly, electronic music leaves room for the analog didgeridoo, even if it is already full of sounds.

I played Tribal Electro Ethno Funk House at festivals, in clubs, at fairs and corporate events, symphonic pop, classical music, world music with Indian & Arabic instruments and as a guest in rock and pop bands and even in a punk band , It is advantageous, however, to have a tuneable didgeridoo (slide-didge, didjeribone) at hand. Most pieces of western music culture are “non-modal”. This means that the root note does not fit in all the chords. With the “trombone didgeridoo” I can adapt to these changes.

From the beat box, the sound imitation of almost all instruments with the mouth and the voice, we can learn a lot on the didgeridoo and take over. The didgeridoo acts as a rhythm giver, sometimes as a substitute singer, as a didgeridoo trombone, as a drum kit or as a bass. Played solo, it can create whole worlds like an electronic groovebox.

If you want to know more about the Didgeridoo, we recommend the German Didgeridoo Lexikon and a fantastic page on Didgeridoo physics. 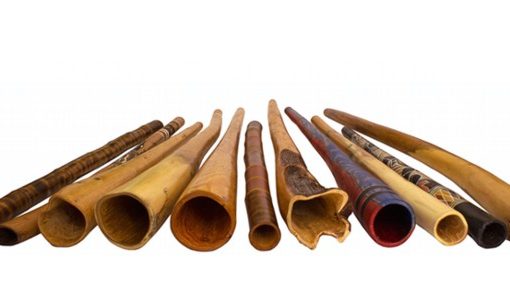 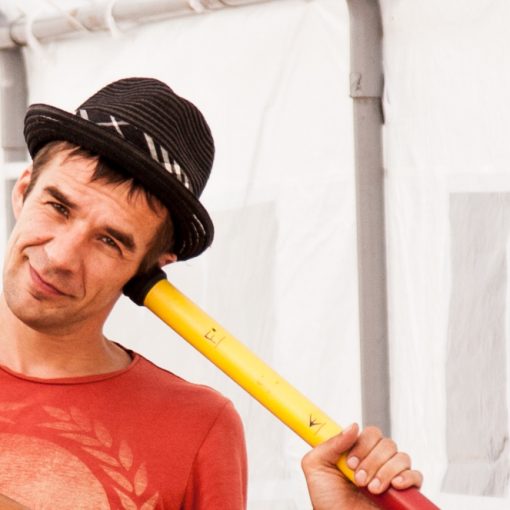 VOUCHER will be given after payment in advance. You can get the voucher by email (pdf) or by post. 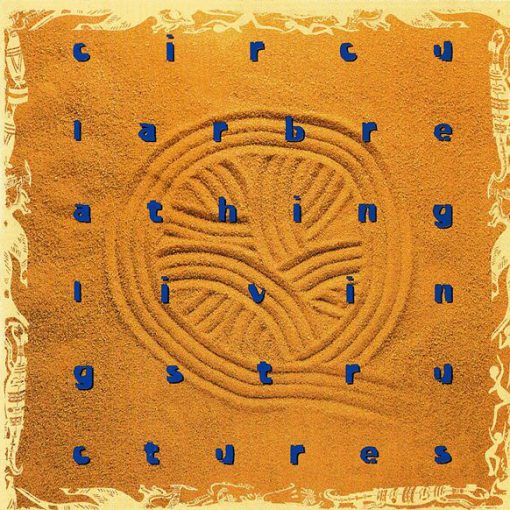 The discography of Marc Miethe & Didges Brew has accumulated quite a few albums over the years. Including work with Mantra Tribe, […]